The above workflow has only one step (activity): the WriteLine activity.

A workflow consists of a series of steps called activities that are connected to one another. A workflow maintains all sorts of information, such as the following:

Once an activity is done executing, the workflow checks its outcome and if there's another activity connected to it. If so, that activity is scheduled for execution.

This goes on until there are either no more activities to execute, or an activity is encountered that instructs the workflow runner to suspend the workflow.

An activity is an atomic building block that represents a single executable step on the workflow. At a bare minimum, an activity implements the OnExecute method, which contains the code to execute.

An activity which is the starting point of the workflow and does not have any inbound connections. They are the entry points to the workflow.

When an activity executes, it returns an activity execution result, which is somewhat analogous to an MVC/API ActionResult. There are various possible results that can be returned, but the most commonly used ones are Done, Outcomes and Suspend.

When Suspend is returned (as is typically the case with blocking activities), the workflow will enter the Suspended state and the activity will be registered as a blocking activity.

For each possible outcome of a given activity, a connection can be established from that outcome to another activity.

This means we need the following two connections: 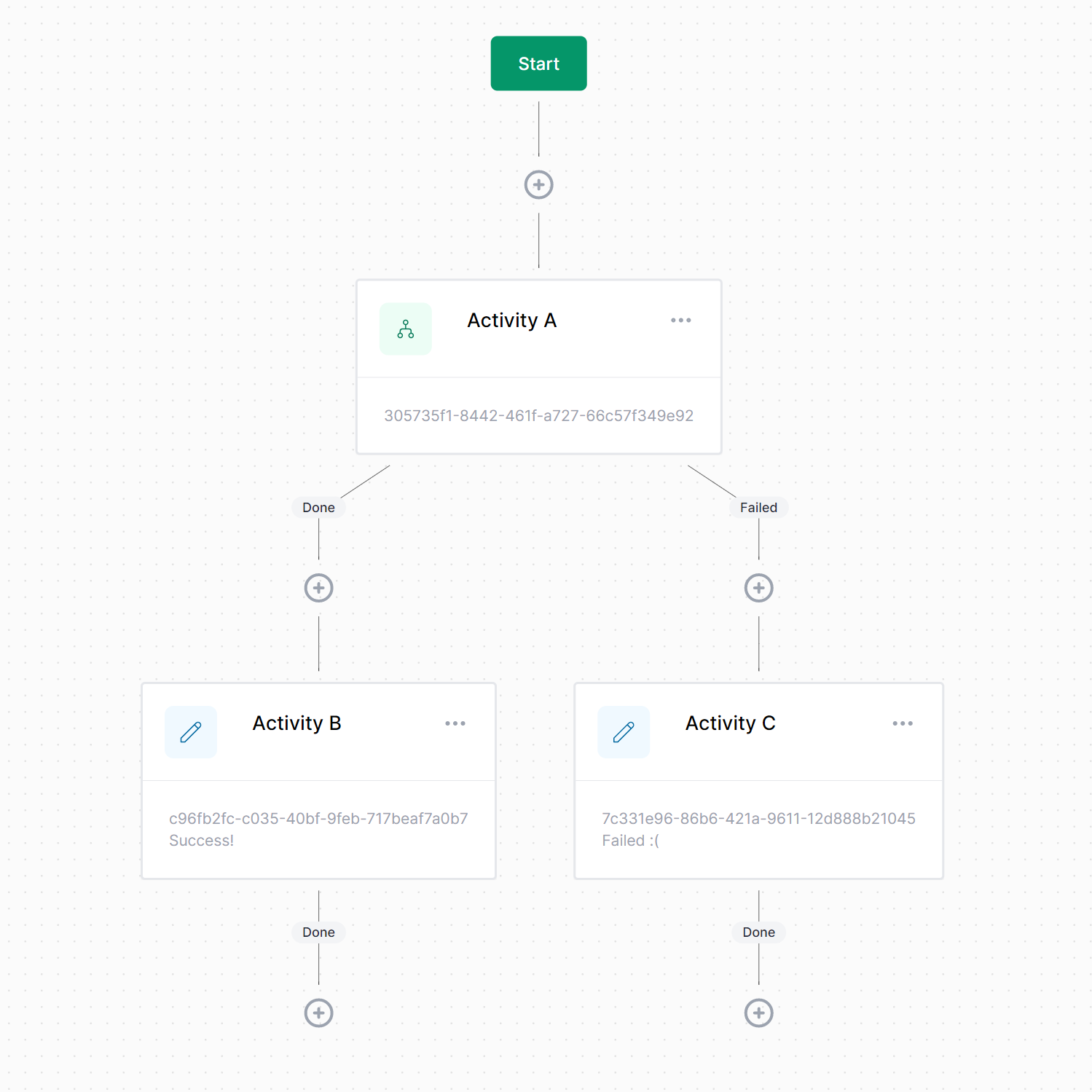 A long-running workflow is a workflow that doesn't run from start to end in one go. Instead, it might have one or more blocking activities that will instruct the workflow engine to suspend the workflow until it receives the appropriate stimulus to resume execution.

A burst of execution refers to the execution of a sequence of activities one after another until either one of the following occurs: